Above left: The United Service Club Hotel on the corner of Young Street and Gertrude Street, about the time Florrie was born. Source the State Library of Victoria Picture Collection. At right: The very altered building today. Author’s collection.

Florrie Forde was born Flora Flannagan in Fitzroy on 16 August 1875, to Lott Flannagan and Phoebe (Simmons). In time, she would become one of the great British Music Hall stars of the early twentieth century. A great deal has been written about her – she cannot be described as a forgotten Australian! Yet it perplexes the author that in a neighbourhood that also saw the births of Daphne Trott, Alf Goulding and Saharet, there is, today, no acknowledgment she was ever there.

Part of Flora Flannagan’s birth certificate. She was very clearly named Flora, not “Florence” and without middle names “May Augusta” even if these were adopted later. Via Victoria Birth Deaths & Marriages.

She was born at one of the family residences in Gertrude Street Fitzroy – the handsome but modest United Service Club Hotel run by her father at 88 (now 122) Gertrude Street being the most likely – although her birth certificate does not give a definitive address. However, in a very thorough survey of her early life in Australia, researcher Tony Martin Jones has suggested that instead of a noisy pub, her place of birth may have been at her maternal grandparents shop and residence nearby. Barnett and Susannah Simmons ran a crockery store at 181 (now 203) Gertrude Street. However, I think this is less likely – that building is only a few doors from an even larger, noisy pub – the Builder’s Arms. Unfortunately, we are now unlikely to ever know for sure. 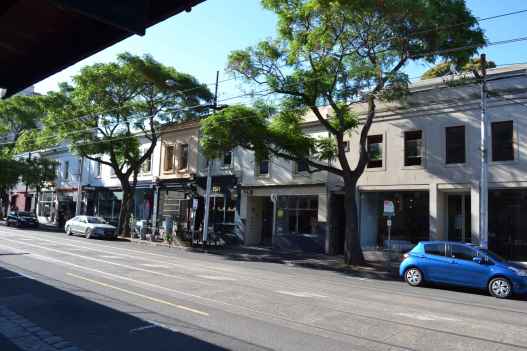 A terrace of shop/residences in Gertrude Street, Fitzroy. Taking into account the change to street numbers, the Simmons crockery store was the building on the right, behind the blue car. Author’s Collection

Florrie first appeared on stage in Sydney in early 1892, and quickly became a popular singer and performer in pantomime. By 1894 she was a regular performer in Sydney and Melbourne. In 1897 she made her first appearance in London – apparently playing three music halls in the one night. 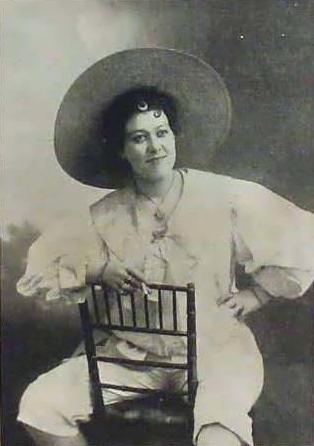 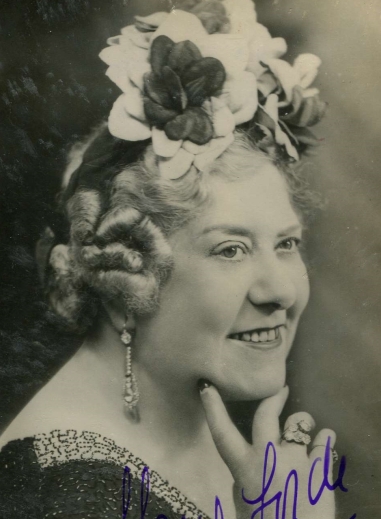 A talented singer with an exceptional wit, she was supremely confident on stage and held a genuine affection for her audiences – music hall being her favourite. Her name is still connected with many of the music hall songs she made popular, such as the World War One favourites “A Long Long Way To Tipperary”, “Pack Up Your Troubles In Your Old Kit Bag” and “Has Anybody here seen Kelly.”  She appeared as herself in several British films in the mid 1930s, and in character in “My Old Dutch” in 1934.  Her Australian accent remained with her all her life, as the numerous recordings she made demonstrate. As theatre historian Frank Van Straten notes, she achieved all this without any formal musical training – a remarkable achievement. 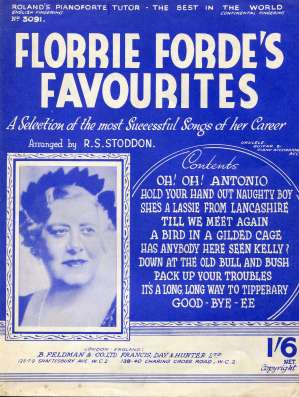 Jeff Brownrigg’s entry at the Australian Dictionary of Biography provides an account of her work and quite tumultuous, perhaps dysfunctional, upbringing. She worked all her life – dying suddenly after entertaining in a Scottish naval hospital in 1940. Obituaries in the UK and Australia were effusive. Florrie was very much the voice of the people, and apparently even Dame Nellie Melba was an admirer. 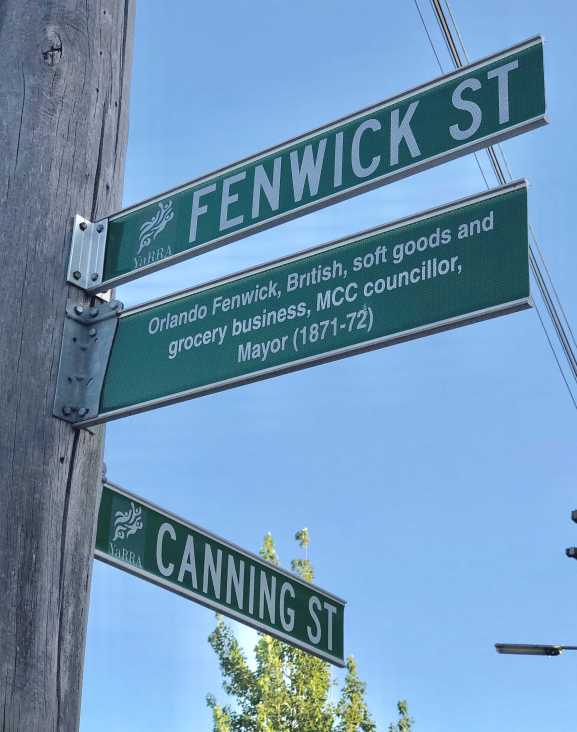 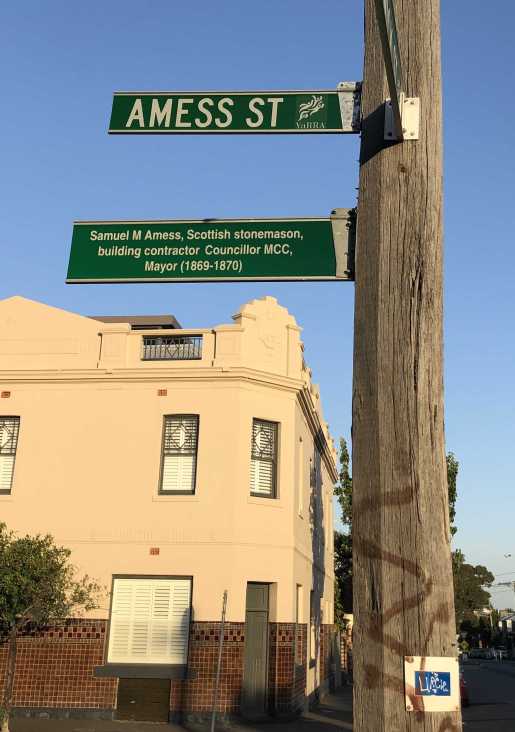 Explanatory signage for Orlando Fenwick and Samuel Amess, on streetsigns in nearby North Carlton. I’m certain they were honourable men, but where’s the similar sign for Florrie Forde!? Author’s collection.